Chili is most commonly made up of tomatoes, beans, chili peppers, meat, garlic, onions, and cumin.  However, cooks offer up so many variations to the basic chili recipe. And, with so many varieties, chili cook-off competitions love to feature chili as a favored entry.

American frontier settlers used a “chili” recipe of dried beef, suet, dried chili peppers and salt. All this was pounded together and formed into bricks and dried. They could then boil the bricks in pots on the trails.

At the Columbian Exposition in Chicago in 1893, the San Antonio Chili Stand helped people from all over the United States appreciate the taste of chili.  Because San Antonio was a significant tourist destination, it helped Texas-style chili con carne spread throughout the South and West.  In 1977, House Concurrent Resolution Number 18 of the 65th Texas Legislature designated chili con carne as the official dish of the U.S. state of Texas.

Before World War II, hundreds of small, family-run chili parlors (also known as chili joints) popped up throughout the state of Texas as well as other places in the United States. Each new chili parlor usually claimed some kind of secret recipe.

There are many ways that people enjoy the great taste of chili, some of which include:

There are so many ways to enjoy chili. Just about everyone has their own recipe, too.

Rich Kelly of Hard Times Cafe in Arlington, VA founded National Chili Day. The day has been celebrated with cook-offs, pot lucks, feeds and bottomless bowls since at least 2006.

I These started out as a great alternative to traditional recipes of tacos, enchiladas, Doritos casserole. They make a great meal, snack, or game day favorite too.

I wash mine in the dishwasher and reuse at parties, on special occasions and if it breaks it was disposable to begin with.

2 lbs minced beef or chuck
1 medium yellow onion diced
1/2 medium bell pepper chopped
2 Roma tomatoes diced
Sour cream (we like Daisy in squeezeable application)
Chucky salsa (we like taco bell mild)
1 – 16oz fiesta blend shredded cheese
Guacamole if desired
1 lg bag Tostitos Scoops (you can use any kind of totilla chip you prefer these just make handy cups)
2 pkg McCormick Taco seaoningChopped jalapeno, black olives, melted cheese sauce, are optional.
You can make to many variations to list, including chicken, steak, salsa verde, lime, and anything else you can dream up.  I make mine like our family taco night. 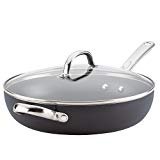 Try with a virgin or real margarita and maybe Tres Leche cake for dessert.